I spent a lot of time investigating the history of Atari Benelux (Belgium, Netherlands, Luxemburg). This is what I found out so far. Click on the images to enlarge. If you have any suggestions, additions, corrections and/or comments please contact me! Special thanks go to Wilfred Kilwinger, Wilfried de Graaf and Michael Current for their help. (updated Feb. 9, 2020) 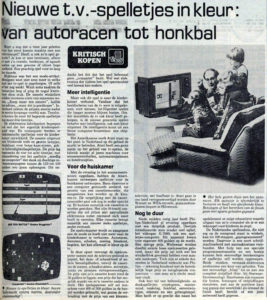 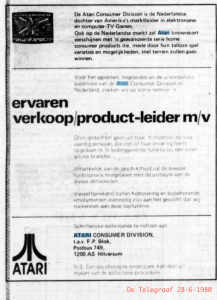 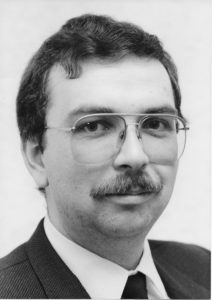 May 1982: Atari announced the start of Atari International (Benelux) B.V. with vacancy adds in newspapers. 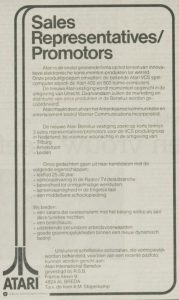 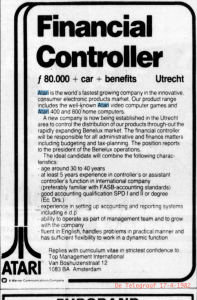 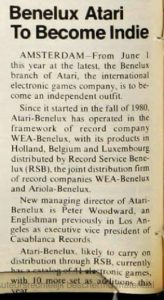 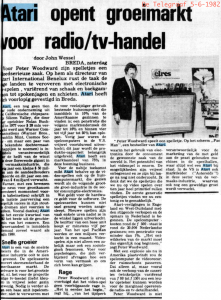 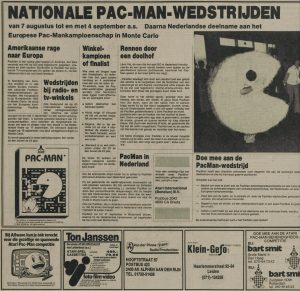 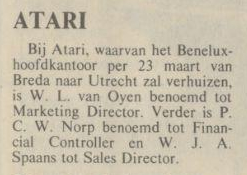 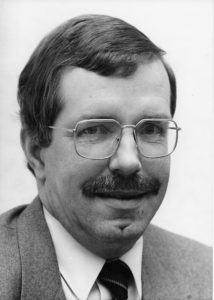 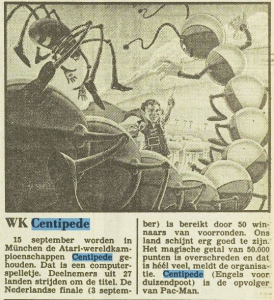 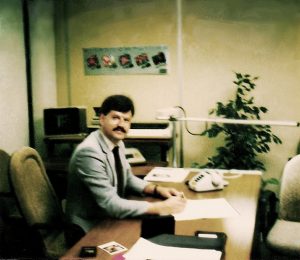 November 1983: Atari (Peter Woodward) announced the availability of the 600XL and 800XL (The 400,800 and 1200XL were never sold in the Benelux). The Atari Service Center in Breda was closed and outsourced to the company “Geveke” in Amsterdam. 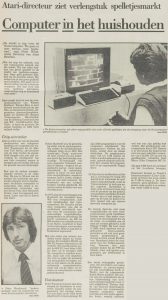 November 29th 1983: Atari International (Belgium) Inc. was founded. The official address was 306 South Stade Street, in Dover USA. The address of the local office in Belgium was Lambermontlaan 79, 1030 Schaarbeek. 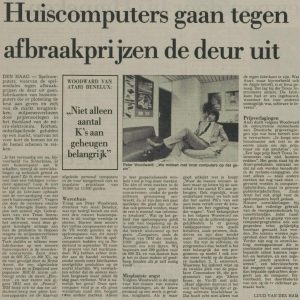 April 1984: Atari starts visiting amusementsparks and events in The Netherlands to promote the XL Home Computers with the mobile Atari Computershow. 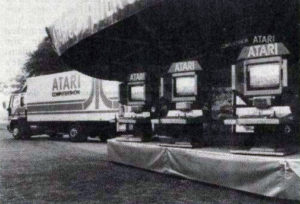 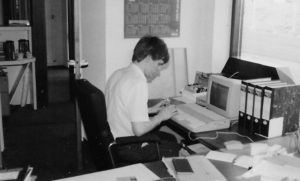 May 1985: Atari announces that all European warehousing, distribution and administration functions would be moved to Rotterdam.

July/August 1986: Atari (Benelux) B.V. lost a lawsuit to keep Wilfred Kilwinger out of obligatory military service because of personal indispensability, but a delay of 6 months was approved.

May 1st 1988: Alwin Richard Stumpf was appointed as director.

July 1990: The Atari Research Center Cambridge UK (ARCC) asks Atari (Benelux) B.V. to help with the development of a generic SCSI hard disc formatting program as part of the ACSILA upgrade to the ATW800 Transputer Workstation. Wilfred Kilwinger offered his services with succes. 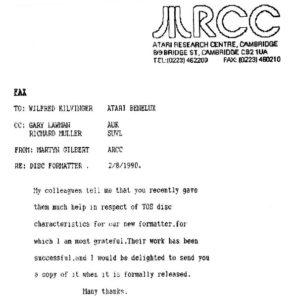 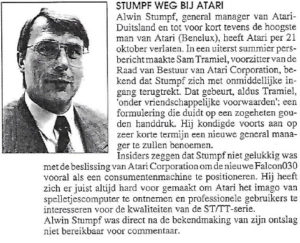 Fall 1992: ANG Software(Netherlands) bought 75% of the 8-bit stock from Atari (Benelux) B.V. Atari needed to make space because the decision was made to create the main European Distribution center in The Netherlands. The Netherlands was chosen because of the Rotterdam harbour was close to Vianen and also one third of the German dealers were situated closer to Vianen than Frankfurt Germany.

September 1st 1992: Atari Corp.-Dutch Branch was founded as the local office of Atari Corp. USA with Sam Josef Tramiel and Leonard Irwin Schreiber as Directors. This entity was created for the European Distribution activities. According to the chamber of commerce the number of employees was one. This was P.C.W. (Pieter) Norp. The address is the same address in Vianen. 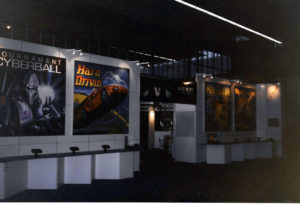 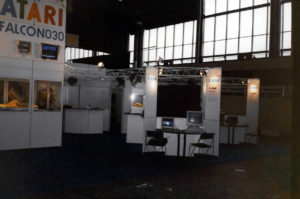 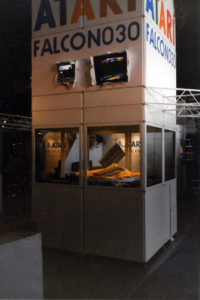 March 1993: Atari had completed centralizing European warehousing operations in The Netherlands at Atari (Benelux) B.V., while it would maintain satellite sales offices in Germany, France, the United Kingdom and Italy. 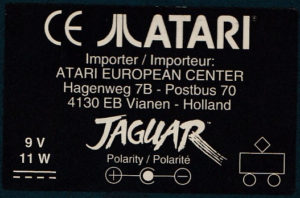 September 1993: Wilfred Kilwinger was officially appointed as European Support Manager at Atari (Benelux) B.V. Because of the centralisation of the distribution activities Wilfred was responsible for the support in The Netherlands, Belgium, Germany, Austria, Switzerland, Scandinavia and Eastern-Europe. 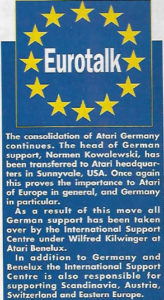 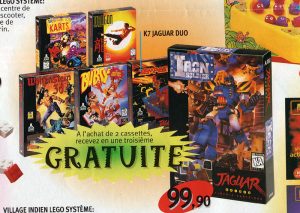 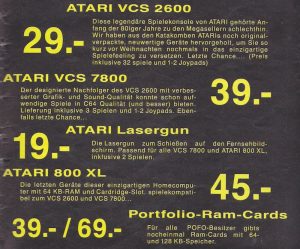 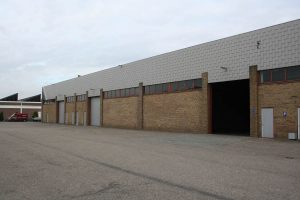 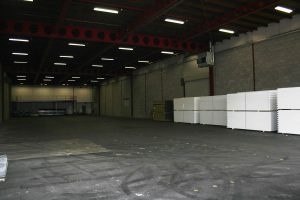